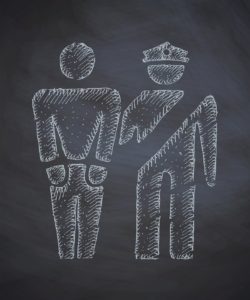 The negative effects of a deportation force in the United States could be staggering. What happens to a family when the undocumented immigrant being removed from the United States is a vital part of his or her family as either the primary source of financial support or the primary caregiver to children? Removing undocumented immigrants from the United States is ripping apart families and could lead to serious social problems such as an increase in families living in poverty or an increase in fatherlessness, which has serious consequences for children throughout their lives.

Millions of families in the United States now live in fear of hearing a knock at their door and seeing an Immigration and Customs (ICE) Officer on the other side. The first thing every undocumented immigrant and his or her family members should know are their rights when an ICE Officer comes to their door.

Contact Caruso Law Group today for a free consultation to discuss your immigration situation and begin the process of obtaining lawful status in the United States.

Contact an experienced deportation lawyer today for a FREE 60 MINUTE CONSULTATION and see how we can help solve your complex immigration issues!