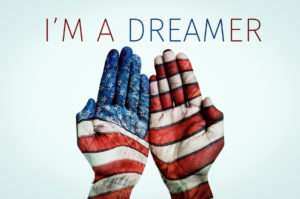 For the 800,000 DACA recipients in the United States, Tuesday, September 5 was a dark day. Many had previously found the courage to come out of the shadows and register with the United States government in order to work lawfully in the United States and receive assurance that removal proceedings would not be started against them. The implementation of DACA brought a sense of safety and security to these thousands of lives that is now lost. With the DACA program being rescinded by the Trump administration, hundreds of thousands of immigrants who were brought to or sent to the United States while they were children by their family members are again forced to live in fear as a result of a choice they did not make.

So what happens now?

Although it is hard to predict exactly what is going to happen to the 800,000 people who had DACA status, there are steps you can take if you lost your DACA status and are worried about your future in the United States.

If you had DACA, Caruso Law Group wants to help you figure out how you can remain in the United States without living in fear of deportation. We will take the time to thoroughly analyze your situation and determine your options now that DACA is gone. Let us help you figure it out by booking a free one-hour consultation today. This one simple step may make all the difference in your immigration case.

Contact an experienced DACA lawyer today for a FREE 60 MINUTE CONSULTATION and see how we can help solve your complex immigration issues!