Helping your family members come to the United States or apply for green cards can be confusing and intimidating. Caruso Law Group can save you time and frustration by guiding you through this process. Contact us to go over your options for Family-Based Immigration.

Contact an experienced fiance visa lawyer or green card lawyer today for a FREE 60 MINUTE CONSULTATION and see how we can help solve your complex immigration issues!

United States citizens and lawful permanent residents can assist their relatives in applying for Immigrant Visas to reside lawfully in the United States. The end-result of an Immigrant Visa is a green card. There are two categories of Family-Based Immigrant Visas: Immediate Relatives and Family Preference.

Immediate Relatives do not have a yearly limit on the number of visas issued. In this category, United States citizens can apply for spouses, parents, and unmarried children/stepchildren under the age of 21. Obtaining an Immediate Relative Immigrant Visa can take approximately 9-12 months. Caruso Law Group can guide you through the multi-step process and help your relative feel confident going into the consular interview.

Family Preference Immigrant Visas are limited, meaning there is a cap to the number of visas issued yearly. Within this category, there are subcategories, which determine how long your relative may wait before receiving a visa. Many of these applications take years from start to finish. Caruso Law Group can advise you of the subcategory available to your relative and go over an expected time frame for visa issuance.

Caruso Law Group is an immigrant visa law firm that can assist you in preparing a complete I-485 Application, including the applications for employment and travel authorization. Attorney Caruso is an experienced green card lawyer that can help you (and your spouse) prepare for your USCIS interview and attend the interview with you.

Once your I-751 Petition is submitted, your conditional permanent residency is extended initially for one year, allowing you to continue residing and working lawfully in the United States. If the application pends for over one year, the conditional status will automatically extend until the application is adjudicated. Many applicants who submit an I-751 Petition must attend an interview before a USCIS officer. Upon approval of the I-751 Petition, you will receive a new green card with a 10-year validity. The I-751 Petition process can take one year or more to complete. Caruso Law Group can help you and your spouse prepare a thorough I-751 Petition with sufficient evidence of your bona fide, good faith marriage. Caruso Law Group can also help applicants who will not be filing jointly with their spouse request a waiver of the joint-filing requirement. If you are scheduled for an I-751 interview, Caruso Law Group can help you prepare for the interview and attend the interview with you. 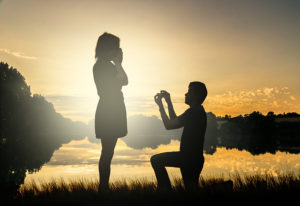 Call us today at 412.265.1822 or fill out the contact form to speak with an experienced fiance visa lawyer or green card lawyer!